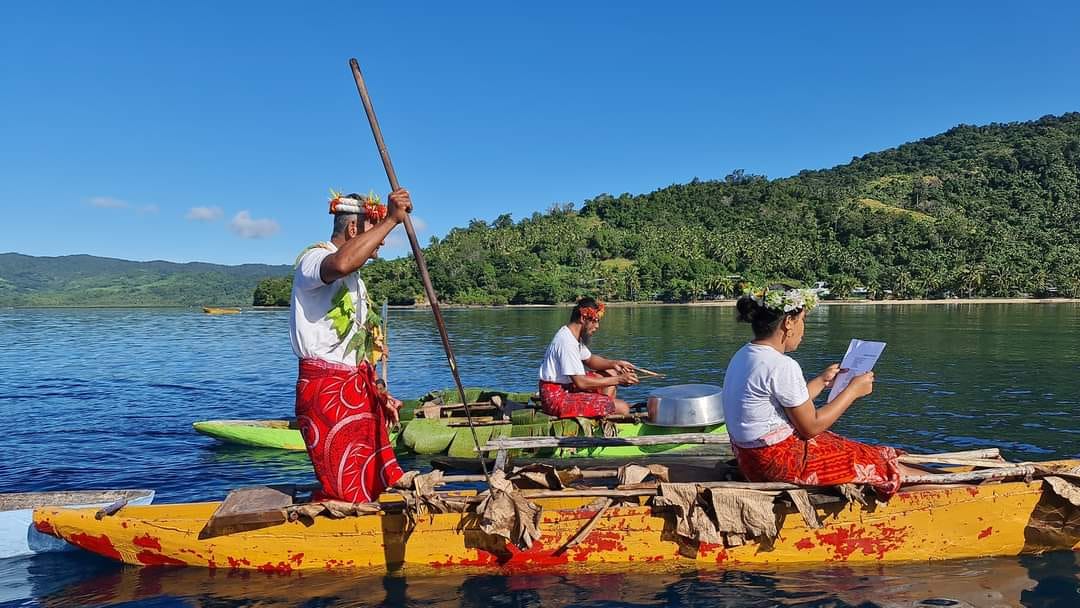 Tuvaluans living on Kioa, a small island in the Pacific, have been working hard on making their home climate ready and future proof.

Dozens of people from Tuvalu settled on the Fiji island after World War II, and now there are about 500 people living there, who speak Tuvaluan and practice its culture.

Suzanne, who has lived on the island since the late 1940s, said a lot has changed.

“People are trying their best to move forward, so that they can go with the flow of the present time, so each family has been struggling, struggling to get through,” she said.

“And we all know that there are a lot of things happening, which affects the island, like cyclones, flooding.”

The community now wants to “future-proof” the island for for future generations.

Access to clean water, sanitation and other services are a big issue.

“There is no filtration system to filter the water, most of those who are fortunate to have water tanks they would drink that rain water harvesting, but the rest of the community rely on their water source from the mountains,” Maina Talia, the Tuvalu climate action network secretary and a board member of the Kioa Island community organisation said.

“Food security is also a challenge for them especially because of the frequent visits of cyclones to the Pacific.”

Helping the effort is Farema Yazdi from the non-for profit organisation Climates.

“One of thee priority areas is climate change and natural disasters,” she said.

“Climate change poses significant challenges for the agricultural sector due to changes in weather patterns, it is also impacting soil erosion, due to sea level rise and more extreme weather patterns.”